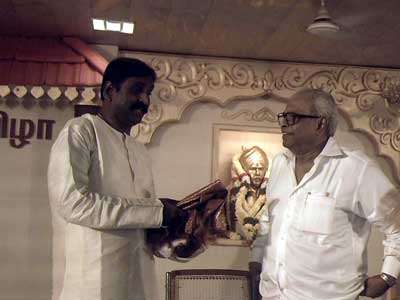 Former Chief Minister MGR created the post, which was first occupied by Pulavar Pulamaipithan and then Muthulingam. Since then no one has been appointed as Arasavai Kavingar till date.

Official Press release is expected to be made soon by CM .