Popular comedian actor Vadivelu’s house in Saligramam and office in Virugambakkam was attacked by violent gang on Sunday. Vadivelu was in the house at the time of incident and he escaped unhurt. 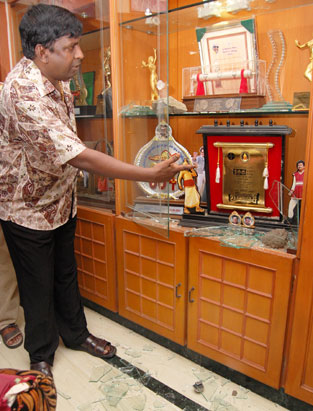 A group of almost 40 unidentified men came in auto rickshaws and motorbikes to pelted stones at the house and office on Sunday morning (September 21) morning, according to reports.

Media reports suggests that actor Vijayakanth’s political party DMDK men had pelted stones damaging the window panes. Vadivelu has registered a complaint with the Police. Chennai police has registered a FIR (first information report) against DMDK leader Vijayakanth and 40 others.

Next post: Endhiran, Marmayogi – Costliest Films To Be Made In India