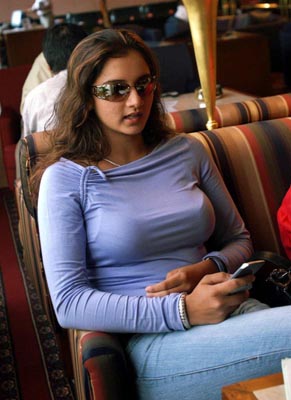 Tennis star Sania Mirza bowed before public sentiment and tendered an ‘unequivocal‘ apology for shooting a commercial at the historic Mecca Mosque in Hyderabad and hurting religious sentiments.

Sania later sent an e-mail to Hyderabad’s Police Commissioner, apologizing for the ad shoot “with a deep sense of remorse“.

Sania also sent a letter to the Imam of the Masjid, saying: “I would like to apologize to all my brothers and sisters and respected elders who are anguished by my unwittingly entering a portion of the land belonging to Mecca Masjid.”