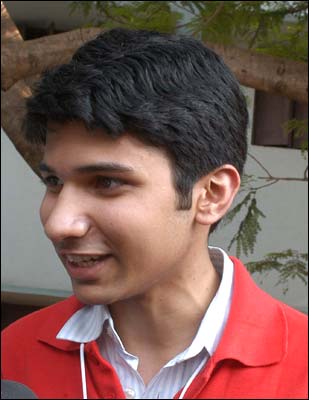 Nandan Maniratnam, 16-year-old son of Maniratnam and popular actress Suhasini, has created a buzz by joining as a red volunteer at the ongoing 19th All India Congress of CPI (M).

On his inclination to Marxism, he told that he was impressed because it was the ‘most cogent, comprehensive and highly developed complex of theory and practice’.

The 11 th student of an International Residential school in Chennai, Nandan Maniratnam is also the proud author of a new pamphlet on Leninism.
Nandan has not decided on joining a party like CPI-M in future.