It is almost 3 years since the shoot of Bala’s magnum opus Naan Kadavul starring Arya and Pooja commenced. Wow !!! Something is happening on the Bala’s Naan Kadavul. 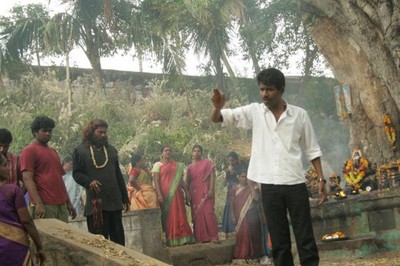 According to reports, the audio launch of the film, which has music by maestro Ilayaraja, will take place on the New Year day.