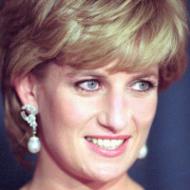 The former head of MI6 denied Wednesday that the British intelligence agency was responsible for the car accident that killed Princess Diana in 1997.

As director of special operations, Sir Richard Dearlove said it was his responsibility to sign off on any operation that would otherwise be illegal, such as breaking into an office or receiving a stolen document.

He said the service did not seek authorization to carry out any such activities regarding the Princess in 1997. He has also said that he believes that any operation by rogue agents to do so would be impossible.