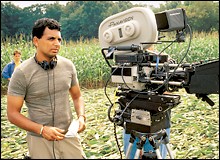 For the 7 th consecutive year, no one has been named for the India’s highest civilian award, Bharat Ratna.