India will host Live Earth 2008 series of music concerts in Mumbai on December 7 2008. Mega event will be held in Andheri sports complex in suburban Mumbai. 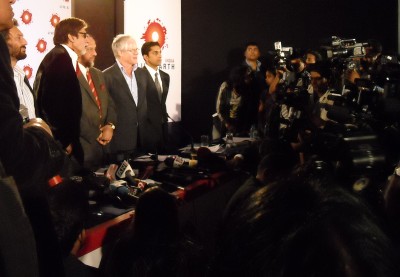 Live Earth India, this year’s concert for a climate in crisis, will feature world-renowned musicians and performers, environmental advocates and celebrities from India, the U.S. and all over the globe.

India should lead the world by committing to produce all of its new energy in the electricity sector from clean and renewable sources within the next 10 years.

The Energy and Research Institute (TERI) headed by nobel laureate Rajendra Pauchari and an organisation ?Climate project India? will be the beneficiaries of this concerts.