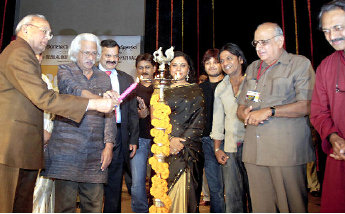 After inaugurating the week long second ?Bengalooru International Film Festival (BIFFES) being organized by Suchitra Cultural and Film Academy, in association with the State Government and the Kannada cinema industry in bangalore, Karnataka– Governor Rameshwar Thakur has said that the State Government will urge the Center to consider Bangalore as a major center for holding international festivals on a permanent basis for promoting art cinema.

Though Bangalore had earned fame in many fields, it was yet to make its mark as a major centre of film festivals and related activities.