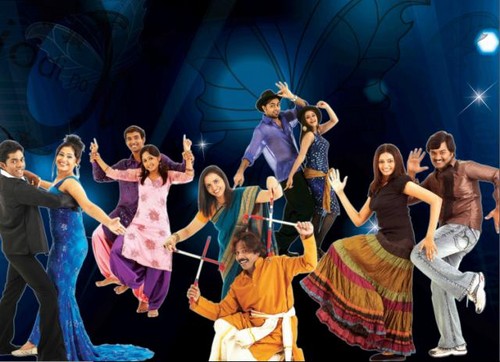 Vijay TV’s Jodi No 1 celebrity couple dance show proved to be a super hit show among masses from the television industry.

Season 1 of Jodi No. 1 came to a close on December 30, 2006 and because of the success Season 2 of Jodi No.1 started January 5, 2007. The show has also received great response in Tamil Nadu, this dance reality show recorded its highest TVR rating.

The response received from the viewers has paved the way for another reality dance competition – Now Vijay TV is launching the next season of the dance reality show Garnier Fructis Vijay Jodi No.1 on 4 January at 8 pm, every Friday and Saturday.

Garnier Fructis Vijay Jodi No.1 of 13-weeks will have reality episodes on Fridays and the studio episodes on Saturdays. The show will see 10 celebrity from the best shows of Vijay TV compete for a prize money of Rs 5,00,000 along with a ‘Best Performer’ title award.

Next post: Rajini’s Sivaji – 2 nd most searched Film in Google