Mohandas Karamchand Gandhi, Mahatma Gandhi ,the Father of the Nation was born on 2nd October 1869 at Porbandar in Gujarat.

In his autobiography My experiments with Truth Gandhi recalls that his childhood and teen age years were characterized by education in a local school, marriage to Kasturba at the age of 13 and an intrinsic love for ?truth? and ?duty?. 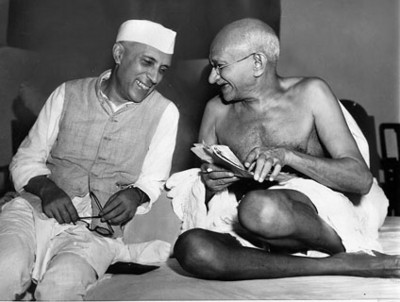 Gandhi Jayanti is a national holiday celebrated in India to mark the occasion of the birthday of Mahatma Gandhi, the “Father of the Nation”. It is celebrated on October 2, every year.

on 15th June 2007, The United Nations General Assembly decided to observe the International Day of Non-Violence each year on 2 October ? the birth anniversary of Mahatma Gandhi, who helped lead India to independence and inspired movements for civil rights and freedom across the world.

The day is marked by prayer services and tributes all over India, especially at Raj Ghat, Gandhi’s memorial in New Delhi where he was cremated.

For Gandhi ?Non-violence? and truth were two inalienable virtues. He summed up the entire philosophy of his life as : “The only virtue I want to claim is truth and non-violence. I lay no claim to super human powers : I want none”.

On 30 January 1948, Gandhi was shot and killed while having his nightly public walk on the grounds of the Birla Bhavan (Birla House) in New Delhi. The assassin, Nathuram Godse, was a Hindu radical with links to the extremist Hindu Mahasabha, who held Gandhi responsible for weakening India by insisting upon a payment to Pakistan.