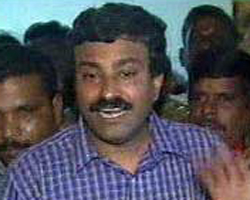 Chennai doctor Dr L Prakash who was arrested in December 14, 2001 has been found guilty in pornography racket by a fast track court in Chennai.

Dr L Prakash was arrested in on December 14, 2001, after Ganesan, a man from Pondicherry, filed a complaint in the Vadapalani Police Station in the city.

Along with Dr Parakash, the others who were arrested included his staff Asif, Nixon, Vijayan, and Saravanan.