Anees Tanvir, wife of noted cinematographer-director Jeeva who died of heart attack in Russia one year ago during the shooting of Jayam Ravi-starrer “Dhaam Dhoom”, has started a production house named Vision Jeeva Studios to fulfill Jeevas dreams

She announced the launch of the new company’s first project, “Muthirai”, at a function in Chennai on 2nd May. P.C. Sreeram, P. Jayendra and Vikram attended the film launch.

Muthirhai stars Lakshmi Rai, Nithin Sathya, Daniel Balaji and Manjari. Muthirai will be directed by Sreenath and the music for this film will be scored by Yuvan Shankar Raja. 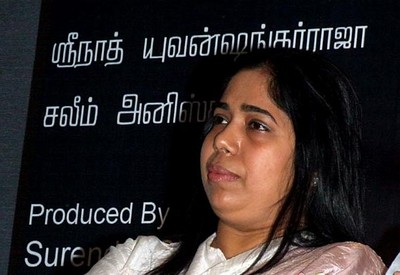 Next post: Pyramid Saimira to raise $450 million by issuing shares