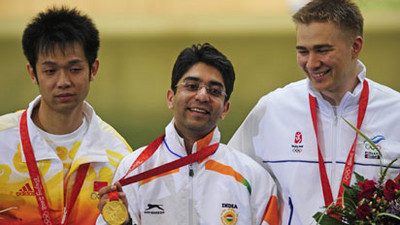 We are very proud of our son. He has done a great thing for the country. We will be rushing to Delhi to receive him when he returns on Thursday,