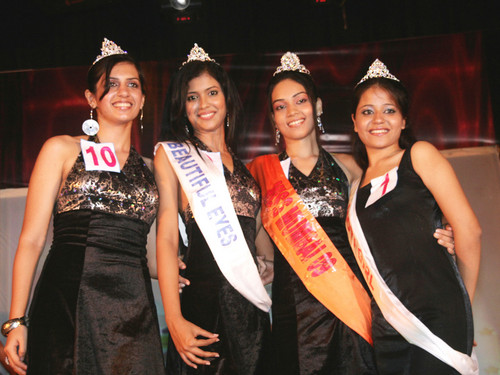 Recently held “Kaun Banegi Miss Mumbai ‘09” was a grand success as it was a great platform that offered a national stage to young emerging models. This competition was divided into two main categories one was “Teen Miss Mumbai” which was for under 18 girls and the other one was “Miss Mumbai”. Media gathered in large number and there were about 600 people as audience.

Moshmi Savrna was crowned as “Teen Miss Mumbai” by Aditi Sharma and the winning crown of “Miss Mumbai” was given to Varuna Devika.

There were 21 models who walked the ramp in both Western and Indian clothes gracefully and various program were held where they showcased their talent by dancing the night away. Upcoming choreographer Ganesh Hiwarkar did the choreography of these songs beautifully.

Some of the distinguished jury members like Aditi Sharma (Artist-winner of zee cine star ki khoj), Sarvar Ahuja (Actor-winner of Zee cine star ki khoj) were looking for someone who has an ambition to be a successful model, with her fullest potential, presence and also who can carry the clothes well on the ramp and they saw that in both the models who won the crown.