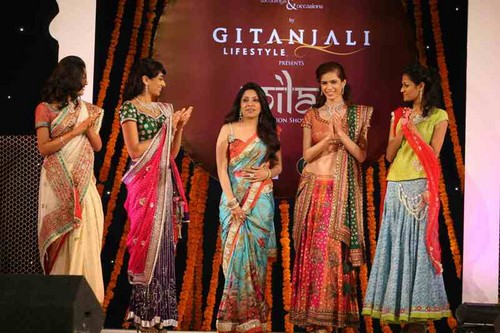 The evening began with a fashion show showcasing beautiful bridal line by Varija Bajaj. Known for her kitsch art and heirloom craft, her statement of fashion was colorful, textured, finely detailed and comfortable clothing. Her designs showed ‘Indian essence’, which is her prime predominance.

Monica and Karishma showcased a splendid collection for Jade, which depicted Indian royalty in their Bridal outfits. Designers Priya and Chintan showcased a line, which depicted their signature style that merged heritage and innovation to enhance Indian Handicrafts to blend together tradition and youth. 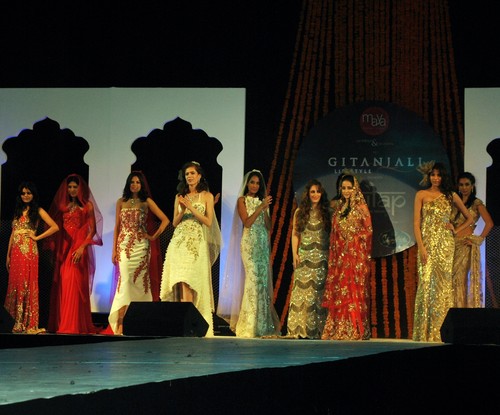 The Finale was a scintillating collection presented by Pria Kataria Puri. Her line showcased Indo-Western Bridal collection. The dazzling Raima Sen in a French lace lehenga was the showstopper for Pria’s show.

Adding glamour to the celebration of fashion was a power-packed performance by Singer Manasi Scott who belted out numbers from her latest album.