Clashing elements of fire, water and air inspire the look and feel of
the Diesel Spring-Summer 2010 men’s collection 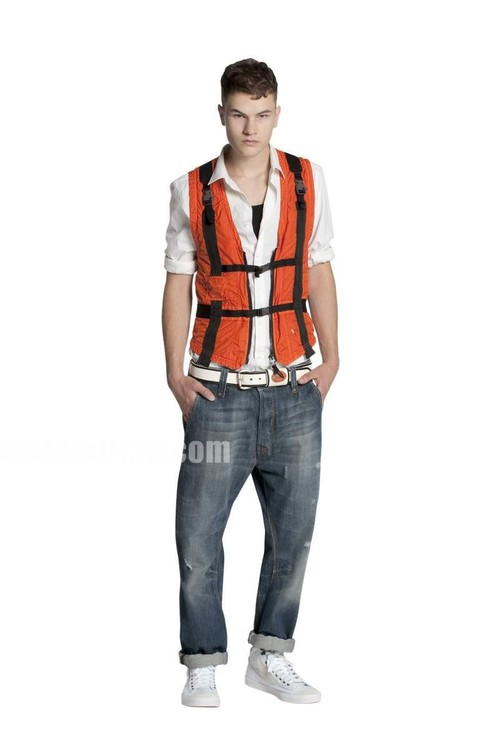 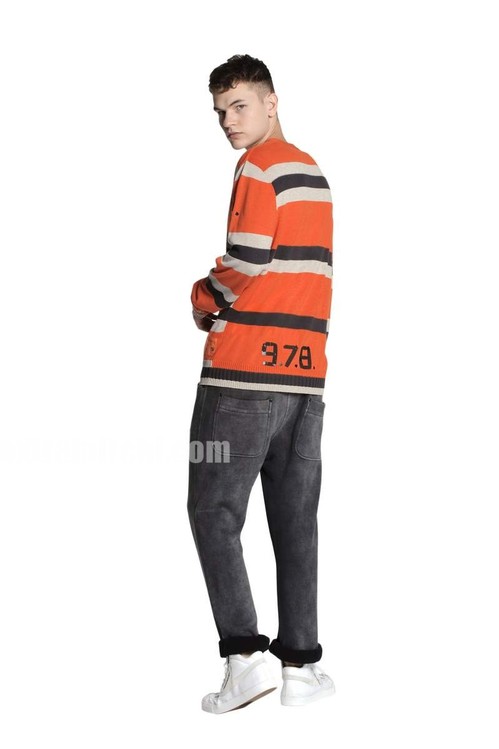 Diesel has always had a reputation of playing with fire, but its new collection also embraces the cool of water and the lightness of air to invoke and express the contrasting and clashing spirit of the brand.
Let’s get fired up! The untamable and passionate spirit of Diesel fire fighters is featured in protective nylon outerwear, reinforced tapes applications, triangular warning graphics and extreme singed and scorched treatments. Denim is smoked and broken as if firemen have worn it into the flames. Vivid orange vests with black straps look ready for anything. Jackets look as though they’ve been dragged from burning buildings; yet they’ve survived with their cool intact. Fiery burned slogans blaze from tees. Sometimes, our firemen simply add touches of orange and red – a scarf or a waistcoat – to a more sombre palette of gray and black. The reassuring appearance of leather on jackets and vests contributes to this towering inferno of heroic masculinity. 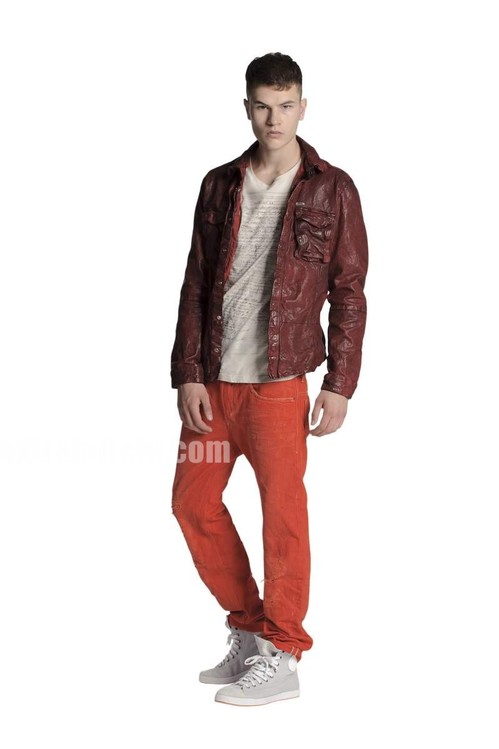 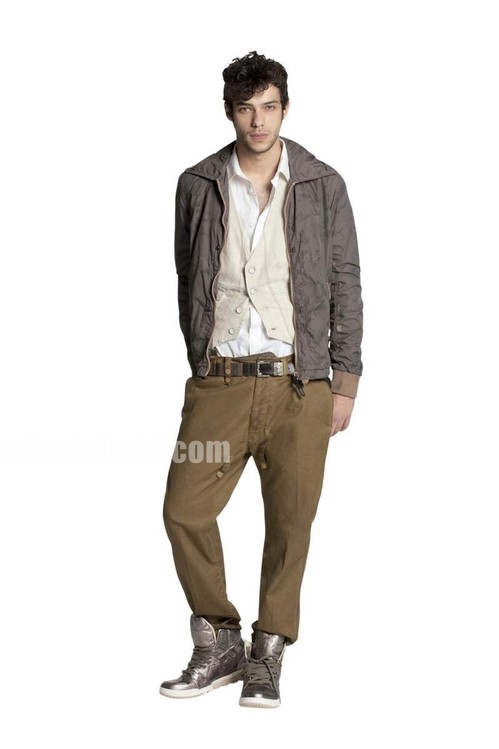 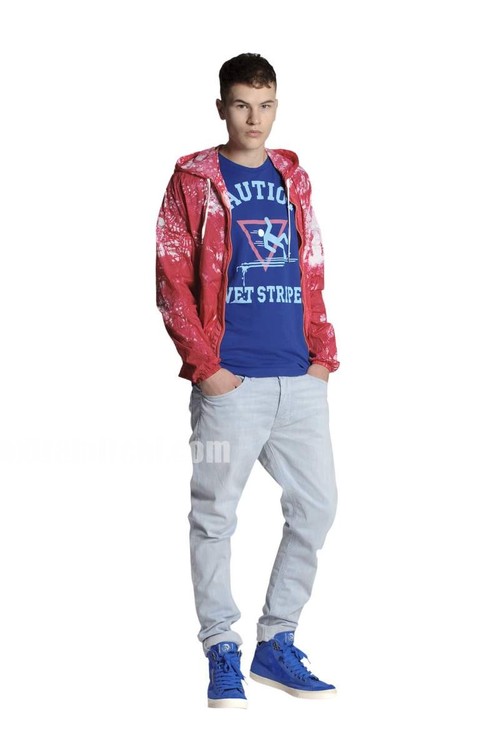 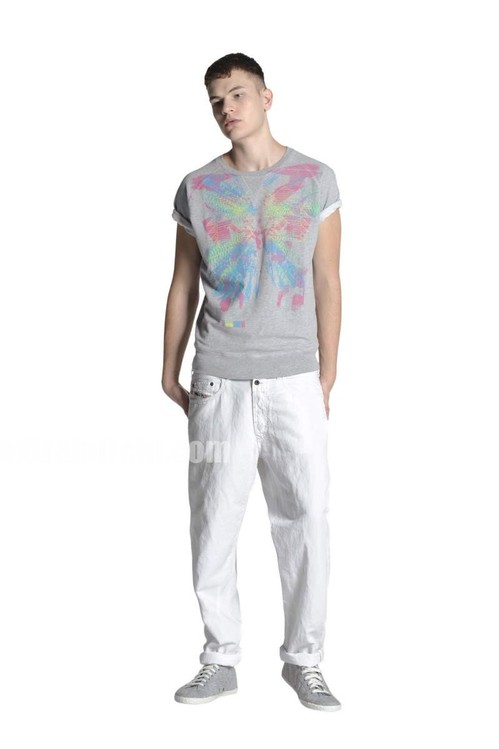 After their battle with fire, men plunge and relax into cool water. Diesel’s sensual indigo soul is clear in the palette which ranges from misty white to azure. Denim plays a prominent role with bleach treated pieces and jeans hand sprayed with pigments. Bold stripes, together with triangles warning of slippery surfaces, are present on t-shirts. Tie-dye and dip-dye suggest that elements have worked a subtle alchemy.
Diesel men finally re-emerge from the water wearing outfits whose transparency is used to create a lightness of touch. Folds have a kaleidoscopic effect, as bright and dyed graphics repeat themselves symmetrically on tees and shirts. Black and white makes a welcome return in the form of stripes and checks, as well as crisp white jeans and black denim.
Fire, water and air: different elements, one style – incontrovertibly Diesel.