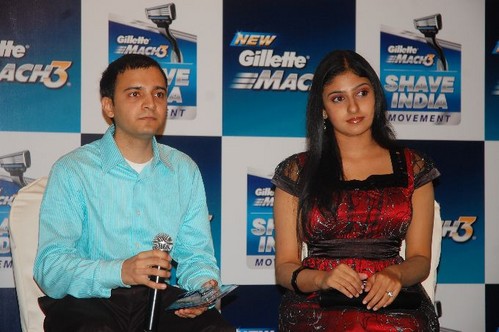 The Shave India Movement was also inaugurated by the Women Against Lazy Stubble
(W.A.L.S)

Actresses Monika joins the league to support W.A.L.S initiative to get men to
shave with Gillette, which has introduced the new Gillette Mach 3 at Rs. 125 per pack.

According to a press release:

The message that WALS intends to spread to men across the country is three fold:

1. Till men don’t shave, they will not co-operate with them.

2. Now that the comfort of Gillette Mach 3 is affordable, there are no more excuses for
not shaving.

3. If men don’t shave, they shouldn’t expect women to groom themselves either.

Next post: Aamir Khan and Salman Khan bonding over drinks!