RITZ “Women of the Year Award”

“RITZ Women of the Year Award” is bestowed by the editors on the person or persons who most affected the news and our lives, and embodied what was important about the year.

The RITZ Awards are instituted by RITZ, Chennai’s widest read fashion and lifestyle magazine with a pan-South India reach. Owned and published by Aruna R Krishnan and launched in August 2004, RITZ is Chennai’s first city magazine of its kind and is the pioneer of the magazine trend in the city today. 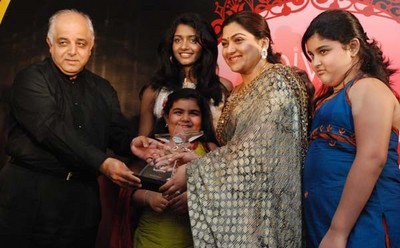 Next post: Sneha To Marry Soon – Rumour Or True ?