Miss World 2008 Final, the 58th final in this annual event, is scheduled to be held at Sandton Convention Centre in Johannesburg, South Africa on December 13, 2008. 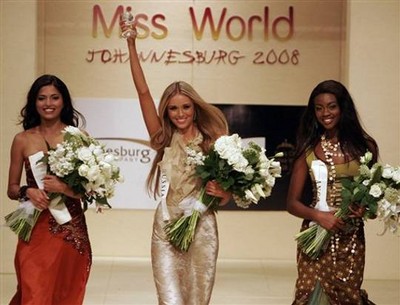 109 contestants from all over the world are expected to compete for the crown, marking the biggest turnout in the 58 years of the pageant, surpassing the previous record of 107 during Miss World 2004.

Next post: John Abraham: Sexiest Asian Man in the World