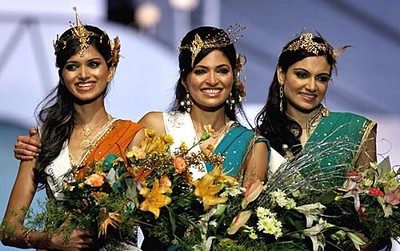 The question posed to the finalists is ?The rate of divorce in India is on a rise. What is the cause? Is western influence the cause or something else??
The contestants were given 90 seconds to answer the question and the ladies came up stupendous answers!

Harshita (Miss India Earth) : ?Marriages are what we make of it. Divorces are prominent because we don?t have the abilities to sustain them. We have to be more strong and determined as human beings.

Parvathy (Miss India World) : Divorces are not a result of western influence. At the end of the day, it is we who decide whose worth us. Marriage is not when one completes the other but is when both share their completeness.

Parvathy (Miss India World) : The mindset is changing but divorces cannot be attributed to western influences. In fact we need to come up with a system to tackle this dilemma.