This is the first year death annivesary for the Ace cameraman and director Jeeva who passed away in St.Petersberg, Russia, following cardiac arrest on June 26, 2007 morning at 7.30 a.m. (Indian Standard Time). He was 44 and the unexpected loss has been a great shock to the entire film fraternity.

This eminent director-cinematographer had delivered super duper hits with 12B, Run (Hindi version), Ullam Ketkumae and Unnale Unnale. At the time of his death, Director Jeeva was shooting for a Tamil film Dham Dhoomwith Jayem Ravi as the hero, Kangana Ranaut, Laxmi Rai and other artists.

Jeeva was an acclaimed cinematographer-turned-director, Jeeva had worked in over 40 films starting with Malayalam films. He was the cameraman for director Shankar’s Gentleman, Kadhalan and Indian.

He was survived by his fashion designer wife Aneez Tanvir and two daughters, Sana Mariam and Aalia. After his death his guru, P. C. Sriram, and his widow, Aneez, have agreed to complete the “Dham Dhoom” voluntarily. 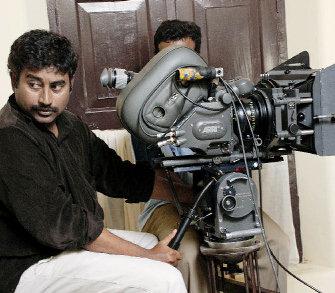