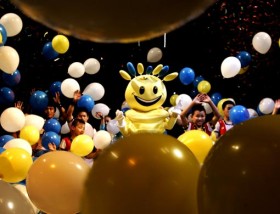 DSS, will last for 65 days from June 19 to August 22. This year’s DSS is expected to be bigger and better.

The festival saw 2.1 million visitors last year and it is estimated that the number will increase by 8-10 per cent this year. In 2007, retail expenditure reached Dh825 million.