On last Sunday Dinamar paper had carried an alleged confessional statement of actress Bhuvaneswari who was arrested on prostitution changes.

The arrest of actress Bhuvaneswari for prostitution is causing sleepless nights to other South Indian actresses. 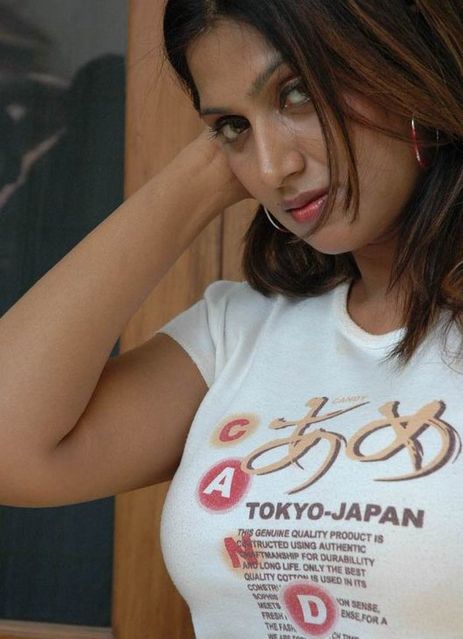 The paper published that she named 7 actress are were bigger sharks in the profession. However, police said Bhuvaneshwari had made no such statement.

Following protests, the paper published an apology on the front page. Here is the Apology statement appeared on Monday, 0ct-05-2009 in Dinamalar (news is in Tamil – via dinamalar.com image) 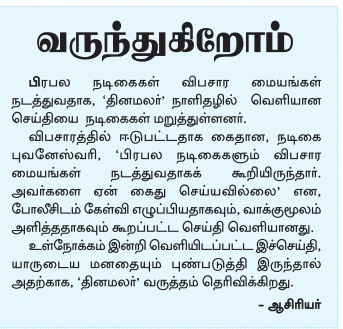 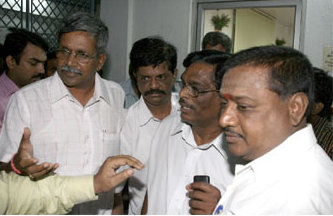 Madras Union of Journalists at the Chennai Press Club on Thursday condemned the arrest of Lenin. 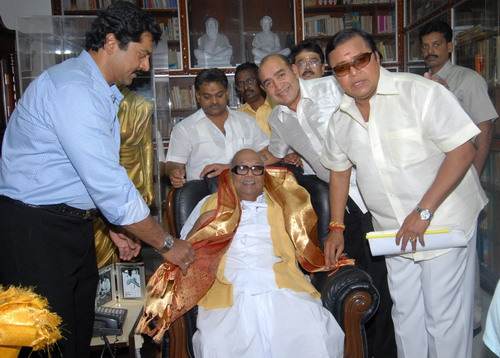 Next post: Venkatraman Ramakrishnan made us proud by winning the Nobel Prize