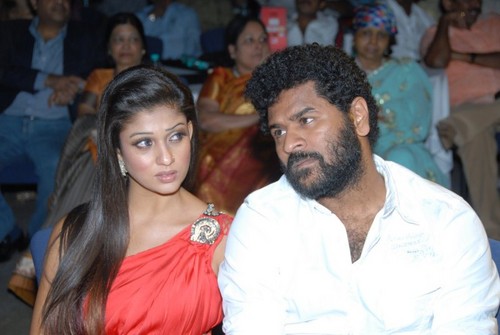 Prabhudeva and controversy queen Nayanthara were spotted together at South Scope Style Awards event at HICC, Hotel Novotel, Hyderabad. The rumours about Nayan’s affair with Prabhu Deva was confirmed when she tattooed Prabhu Tattoo (PDeva – P in English and the rest in Tamil) in her arm.

Earlier Prabhu Deva’s wife Ramlath, in an interview to a popular Tamil daily had accused Nayanthara for her relationship with her husband.