Cheerleaders to give Indian Premier League (IPL) a boost 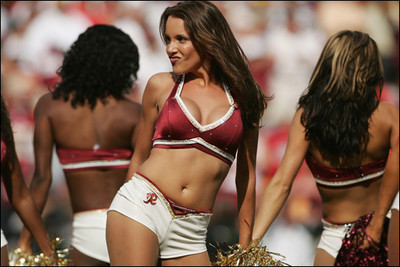 Indian Premier League cricket match which kick’s off today at Bangalore’s Chinnaswamy Stadium will have squad of Cheerleaders from the US football team the Washington Redskins. ( Match timetable )

The Redskins Cheerleaders will create the first-ever cheerleading squad for the Royal Challengers Bangalore, part of the new Indian Premier League (IPL) .

Cheerleaders in cricket is a new concept in India, although teams from South Africa and Australia have had cricket cheerleaders.

12 cheerleaders and two choreographers will spend 18 days touring the country and performing at major events, and to cheer at the first four games on the Royal Challengers.

The group will perform a mix of Bollywood and American hip-hop moves.