Chandrayaan-1 lifts off successfully from Sriharikota, off the Andhra Pradesh coast, early morning on Wednesday.

The launch was perfect and the spacecraft, was put into Transfer Orbit around the earth by the Polar Launch Vehicle PSLV-C11 after it blasted off from the Satish Dhawan Space Centre exactly 0622 hrs IST. 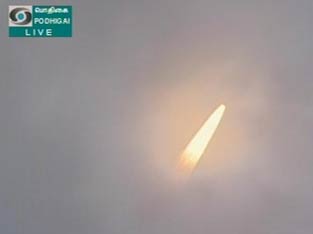 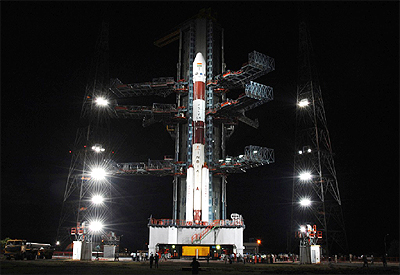 Pic – Launch pad of the Chandrayaan

This marks India’s entry into select band of lunar explorers — the European Space Agency (ESA), Japan, China, the US and Russia.

Next post: Chandrayaan in Orbit – Historic Moment for India