Book on Sivaji “Sivaji Ganesan: Profile of an Icon” Released

A new book by S. Theodore Baskaran “Sivaji Ganesan: Profile of an Icon” in the memory of Tamil actor Sivaji Ganesan, part of the ongoing series, which were released by producer A.V.M. Saravanan and movie directors Balu Mahendra and K. Bagyaraj. 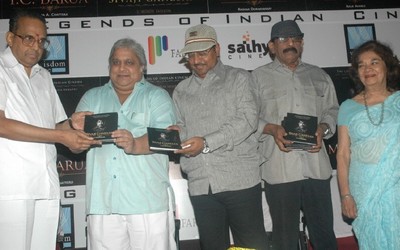 The book chronicles the life of Sivaji Ganesan right from his childhood and the early days in the drama company, his foray into mainstream cinema and rise to stardom to his entry into politics and brush with his rival MGR.

“This book has been written in English because people in other countries are now closely watching Indian cinema. This will help them know about our cinema legends,” said Baskaran.