Aamir Khan to be Olympic torch bearer in Delhi 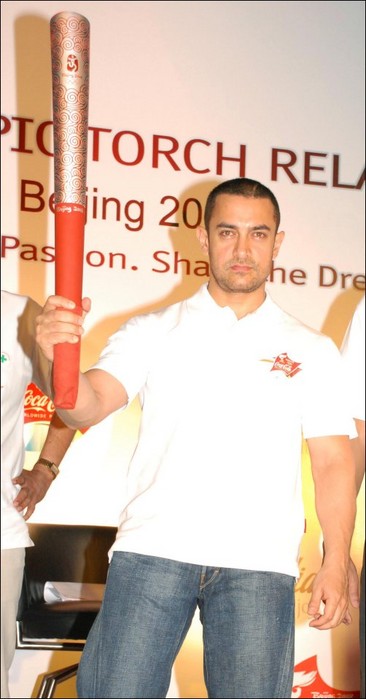 Coca-Cola India recently announced torchbearers for the Olympic Torch Relay and present among them was Actor Aamir Khan.

Being a brand ambassador of Coca-Cola, Amir has been selected as one of the 6 torchbearers who will run with the Olympic Torch in New Delhi.

Apart from Aamir other five torchbearers are