Oscar and Grammy award winner A R Rahman’s — “A.R. Rahman Jai Ho Concert: The Journey Home World Tour” tour is set to hit over 20 major arenas and cities worldwide, which will kick off the event in June at the Nassau Coliseum in New York, starting June 11 from New York and ending in London on July 26. 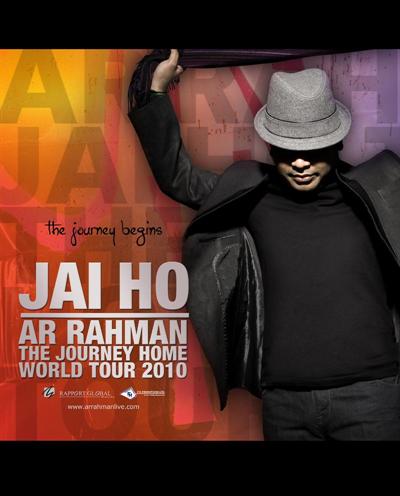 The Journey Home World Tour’, which will feature music from the film and tracks he was working on with Michael Jackson before the ‘King of Pop’ died.

Produced by Deepak Gattani, the tour will travel to over 20 major arenas and cities around the world, including
The Forum in Los Angeles
The Patriot Center in Washington, DC
American Airlines Arena in Dallas, Texas
Wembley Arena and the O2 Arena in London

The show will feature changing sets, large images on LED screens and a spectacular cast of musicians.