The prestigious annual Filmfare Awards function was held on a grand scale this year as well. The function held to felicitate the ‘Best’ of the artistes and technicians in Telugu, Tamil, Kannada and Malayalam language films and to present them these Awards by the leading film magazine of southern India ‘Filmfare’.

The Filmfare Awards function was held at at the Jawaharlal Nehru Indoor Stadium in Chennai. 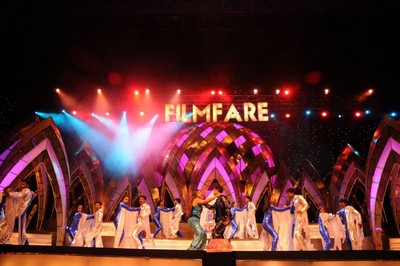