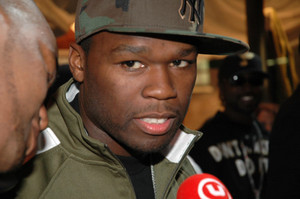 Curtis James Jackson III better known around the world by his stage name ‘50 Cent’ ,is an American rapper. He rose to fame following the release of his albums Get Rich or Die Tryin‘ and The Massacre. 50 Cent is one of the world’s highest-selling rap artists of all time, his both albums selling over 21 million copies.

Now, 50 Cent is coming to India! is all set to take on Mumbai.
50 Cent hits will be putting up a show sponsored by Smirnoff at the MMRDA Grounds at the Bandra-Kurla complex, Mumbai on November 18.

Mumbai is going to rock with American rapper.