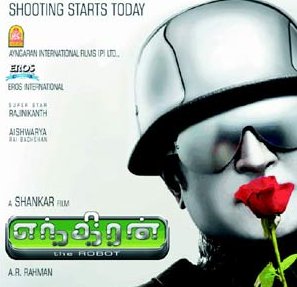 After the meltdown and global recession Eros International which has a stake in Ayngaran International wanted to scale down the originally planned RS 120 crore budget, looks like Shankar was not interested to scale down his dream project. Now, Kalanithi Maran controlled Sun Pictures had shown an interest in the project and discussions were held with the director and Rajini.

Shahrukh Khan was initially supposed to star and co-produce the movie through his company, Red Chillies Entertainment.