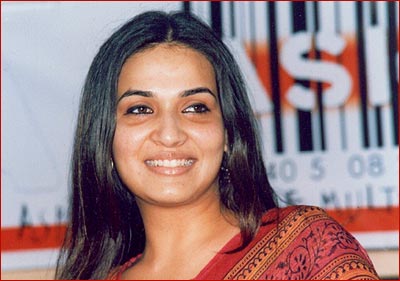 Soundarya Rajnikanth, the 23 year old daughter of the superstar Rajnikanth unveiled “Sultan the Warrior” new trailer at Inox in Chennai. In the trailer Rajnikanth looks at least 20 years younger.

? Sultan is actually Appa?s(dad’s) story idea. It?s not something you have heard before and is not rooted in Ramayana or Mahabharata. I did the screenplay and the film is a daughter?s gift to her father.? said Soundarya.

“It’s a daughter’s gift to her father” – that’s how Soundarya describes her full-length animation film Sultan: The Warrior.

In association with Reliance Adlabs, Soundarya Rajnikanth’s own Ocher studios are producing the 3D animated film at a cost of $ 10 million. Music scored by A.R Rahman film will release in 12 different languages of the world including Tamil, Hindi, Telugu and English, by end 2008.

Next post: Simran set her eyes on small screen