Bollywood actress Sonam Kapoor gave out gifts to about 500 poor kids as part of Christmas celebrations at suburban Bandra. 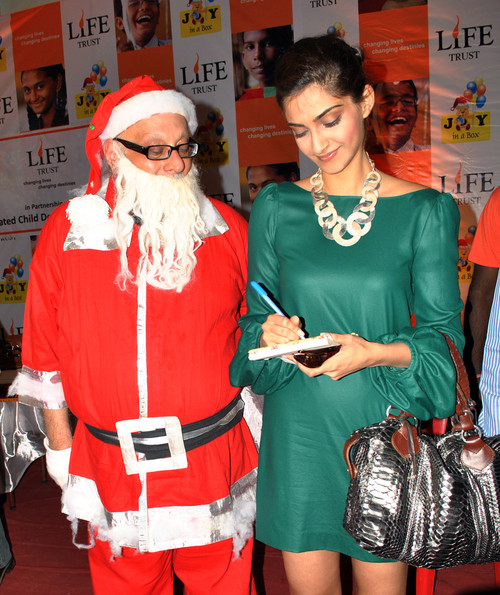 The occasion was a charity event organised by Life Trust, a group which works to make education accessible to underprivileged children.

Sonam Kapoor is the daughter of Anil Kapoor and Sunita Kapoor. She expressed happiness at being part of the festivities.