Raj preparing to bowl as Shilpa looks on 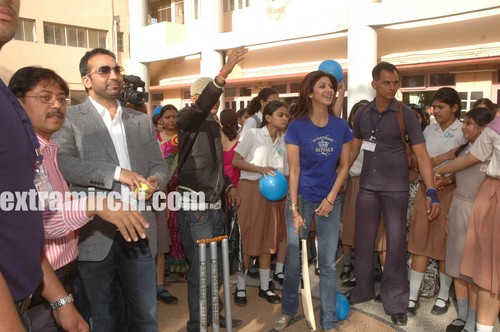 The atmosphere at Mt Carmel School in Ahmedabad yesterday was all charged up as Rajasthan Royals co-owners Shilpa Shetty and Raj Kundra visited the girls’ school to promote sports amongst the students there.

The duo were in Ahmedabad to launch the corporate hospitality programme for their team Rajasthan Royals at a press conference and later headed to the school for some promotional activities.

The school staff and kids welcomed the couple by releasing 100 blue & white balloons, the signature colours of the Rajasthan Royals. Shilpa then gave a short speech encouraging girls to not only work hard for a good academic performance but also to actively partake in various sports activities. She even felicitated some students who had performed outstandingly well in school with the ‘Royal Blue’ turban and distributed autographed t-shirts.

And then, what followed was simply a visual treat! Shilpa & Raj formed 2 teams with the school girls and played a truly interesting cricket match of 2 overs.

The couple; both being the captains were seen enjoying the moment to the fullest, while onlookers had a real good time cheering both the teams.

The result? A nail-biting match with Raj’s team requiring just 2 runs in the last ball and the hotshot businessman hit a smashing 4 amidst loud cheering by everyone around!!

Looks like the Ahmedabadis had a ‘field’ day with perhaps the most interesting match of the season! 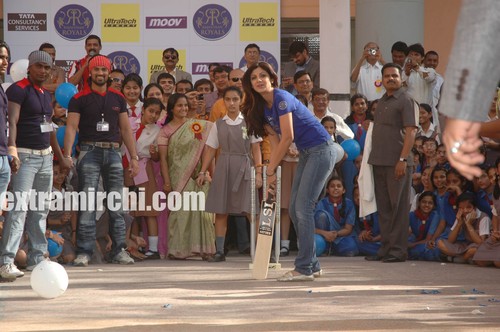 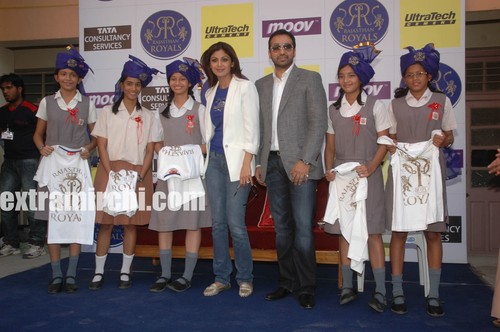 Shilpa Shetty (wearing the Rajasthan Royals turba along with Raj 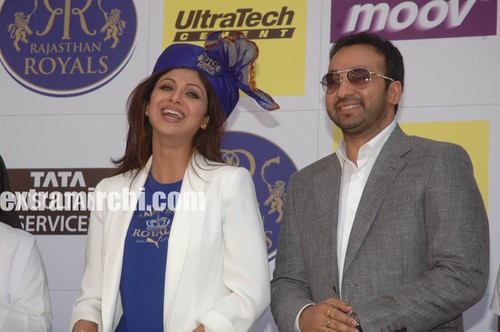 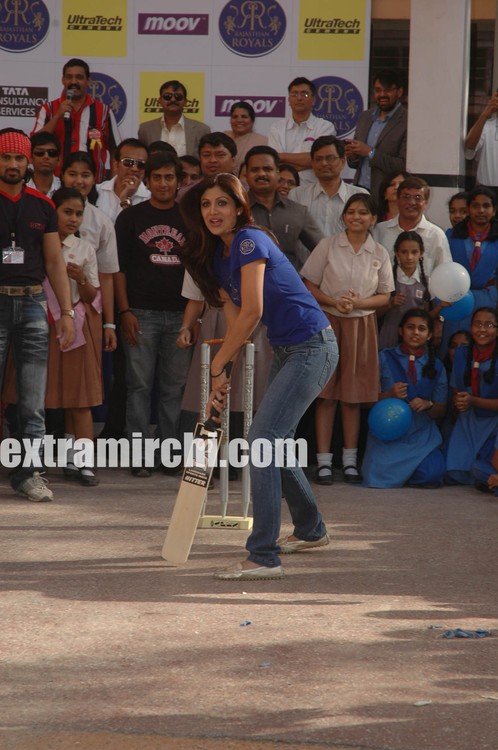 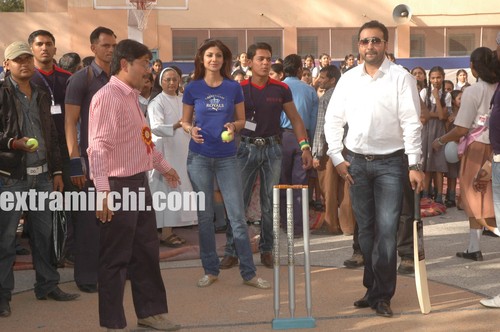 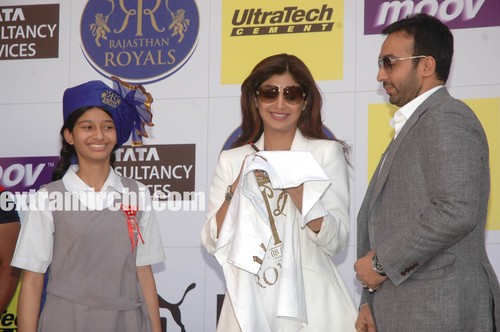 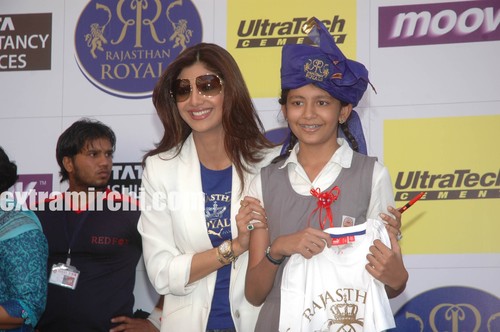