Shah Rukh Khan, son Aryan and Deepika Padukone were the celebrity guests at the 5th and final ODI between India and Pakistan in Jaipur. He was in Johannesburg to watch India Vs Pakistan Twenty20 cricket World Cup final. 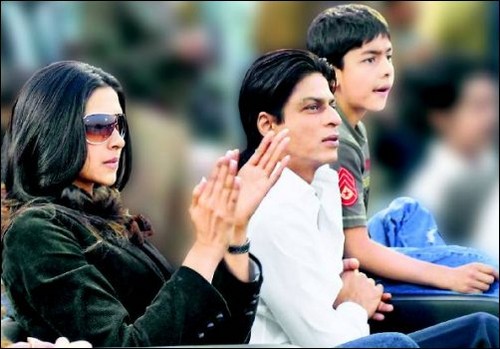 Khan is mad about cricket, In 2006 Shah Rukh Khan watched India vs England at the ICC Champions Trophy? along with Actress Priyanka Chopra.

Lalit Modi, BCCI Vice-President invited SRK. King Khan has is in great interest in acquiring a franchise in the Indian Premier League (IPL) , which will make him the owner of a Twenty 20.

Next post: Silk Smitha’s Thanga Thaamarai to be released soon