Warner Brothers and Sai Om film hosted the Press Conference of ‘LAHORE’ which took place in Chandigarh on 12th March 2010, Friday. It was well attended by Nafisa Ali, Mukesh Rishi, Debutants Aanaahad and Shraddha Das along with Director Sanjay Puran Singh Chauhan and Producer Sunil Sharma .They all addressed media at Press Club, Chandigarh . Sai Om Film Pvt. Ltd. Production presents, the most critically acclaimed film of this season, LAHORE is all set to make mark and open to the audiences, globally on 19th March, 2010. 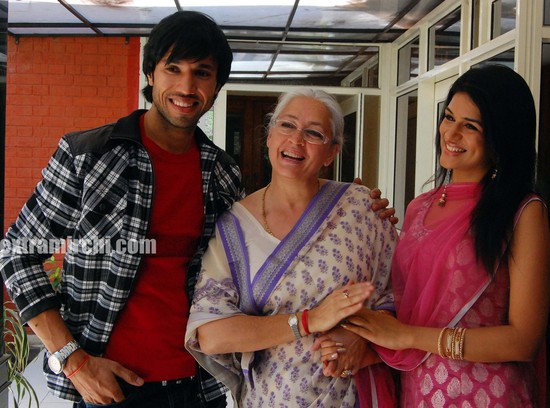 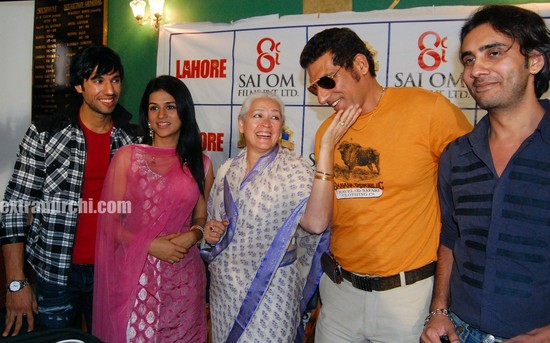 The story of LAHORE is about Veerender Singh from India, played by Debutant Aanaahad, who is living with an aspiration to quench the thirst of revenge for a long forgotten wrong doing and restore the lost pride. He has to satisfy the nation and a billion. Though he is a sportsperson, who has to win the Kickboxing Tournament for his nation, but more than this sport, is a vengeance mounting deep somewhere in his heart which is much bigger than any victory. Will he be able to retain the pride of his country as well as fulfill his wish and retaliate back for one ill event that changed his life forever? Is what is to be seen….

The name of the film was termed LAHORE because it’s the place that brings the story into culmination. “I envisaged the plot for Lahore 14years back when little was it on my mind that I would direct a film around it, and had been shaping its story ever since. Being a kick-boxer myself in the International arena, I was aware of the antagonism between two players and the bitterness added by people around. Having been an integral part of that world became my strength to portray what I have in my film today. Every day and every night of Lahore has been a memorable journey. However, it’s the difficulties that make a journey worthwhile. Lahore was a dream I believed in, and every single day of the making was like waking up to relive the dream,” is what the Director Sanjay Chauhan has to say about his experience of Lahore. 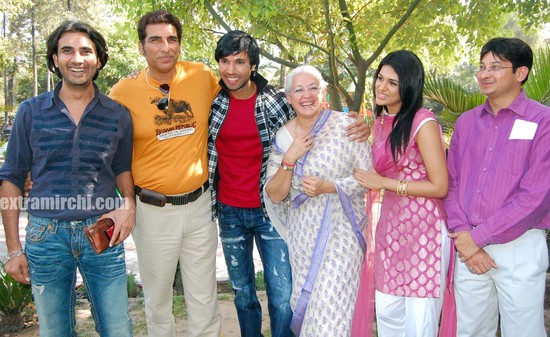 Lahore is being looked as the most authentic sports film ever made in India and has some of the best technicians from Bollywood and Hollywood working on it. It’s grand Production Design has been done by Kesto Mondal, Music by legendary M M Kreem, Action Choreography has been done by Master Tony Leung Siu Hung, Wayne Sharpe has done the original background score, it also had Rob Miller of Chak De fame as Sports consultant.

With a passion for making meaningful cinema, Sai Om Films have made their foray into the Hindi Film Industry with their maiden venture, Lahore, Sai Om Films started off with an office in Delhi however, within a due course of time landed in the hub of Hindi Films, Mumbai. The Delhi office is headed by Chairman Mr. I. S. Khatkar while the film is produced by Vivek Khatkar and J.S. Rana under the same banner. Lahore is directed by Sanjay Puran Singh Chauhan and is an intensely gripping tale set against the backdrop of kickboxing.