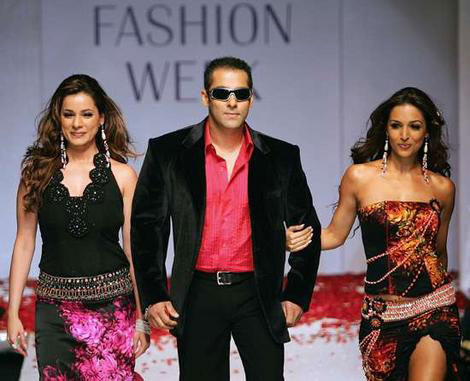 Salman Khan topped the poll conducted by Madame Tussauds(conducted in the month of August), which also had in the running, stars like Madhuri Dixit and Abhishek Bachchan.
Tussauds sculptors have measured and photographed Salman Khan in Mumbai. Salman has given his outfits for the wax figure.