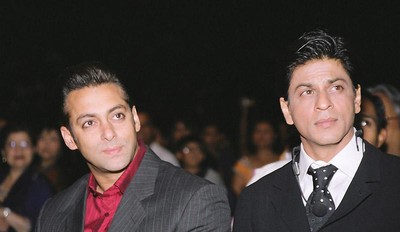 It happened again.. Salman makes another attempt to disgust SRK. Salman got heavily drunk on Monday night and asked his driver to take him to SRK’s residence (Mannat –Best bungalow in Mumbai). After which, Salman made some ugly statements and threatened his wife and kids.

Accordign to Zee News, Salman was yelling as, bahar aa sale, main tujhko dikhata hoon kaun asli Khan hai (Come out of your house, I will show you who the real Khan is).

The guards refused to let him in and called up Shah Rukh, who then quickly drove home but Salman had left hastily by then.