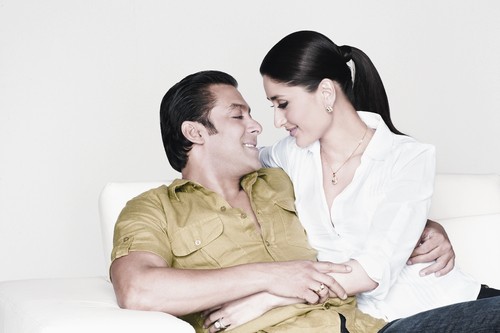 Only recently we have witnessed the sizzling chemistry between Salman Khan and Kareena Kapoor in Main Aurr Mrs. Khanna. Though the film didn’t exactly set the box-office on fire, but the pairing of Salman-Kareena did grabbed a lot of attention.

Cashing on to this chemistry, the jewelry brand ‘Sangini’, which caters to both men and women decided to rope in the two as their brand ambassador in an advertising campaign.

The underlying theme of the commercials will be the celebration of long lasting relationships in which Salman and Kareena would be shown in various moods of friendship, love, romance etc.

Packing Salman with a punch the commercial promises to show him in a new avatar as he gets his hair trimmed for this ad.

The television commercial for ‘Sangini’ that features both Salman and Kareena is currently being shot at the Mehboob Studios. Directed by Marion Rodrigues, the commercial is slated to go on-air by the end of this week.