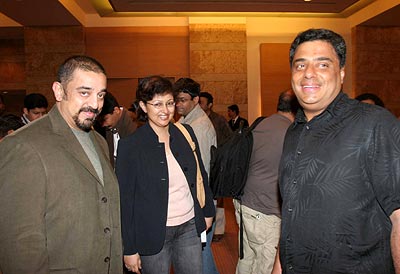 Ronnie Screwvala is coproducing “The Happening,” a sci-fi thriller coming out in June starring Mark Wahlberg and directed by M. Night Shyamalan (“The Sixth Sense”).

With a budget of $57 million, it will cost as much as 10 Indian blockbusters, setting a new bar for Bollywood. “Our ambition is to be a global Indian entertainment company,” Screwvala says. “There’s no reason we can’t make big-budget Hollywood movies too.”

India makes about 1,000 movies a year, including Bollywood’s 200-odd Hindi pictures and others in regional languages?about 10 times Hollywood’s total.

Hollywood, which has been going global for several decades, now earns more than 60 percent of its revenue abroad. The PricewaterhouseCoopers projections show the ticket sales for Indian productions rising fastest outside India. As the new media titans like Screwvala increases, it won’t be long before they truly become household names?in India and beyond.