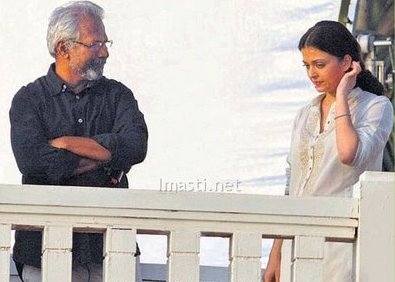 It is a very well known fact that Reliance Big Pictures was supposed to produce Mani Ratnam’s ‘Raavana’, which is a trilingual project (Tamil, Hindi and Telugu). But lately, we hear the production house has backed off due to unknown reasons and Mani Ratnam got going with the film under his own production (Madras Talkies).

Now with the film’s shooting close on the heels of completion, buzzes are that the same production company has approached Mani Ratnam to acquire the rights for a big price.

When questioned the closer sources of Mani Ratnam, they simply refused to divulge any details stating that it’s a baseless rumor.

As of now, Mani Ratnam seems to have planned for the film’s release in February.