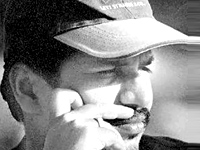 Following the footsteps of Thankar Bachchan and K. V. Anand , most talked cameraman in the Indian film industry Ravi Verman turns as a director.
Ravi Verman showed his camera tricks in several films, these are the films he was most talked about.