Rajnikath – NDTV Entertainer of the Year 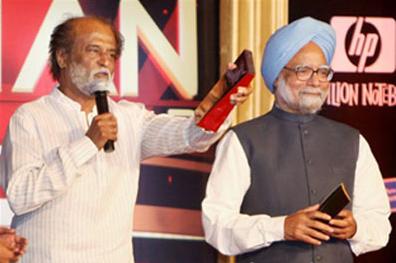 The one and only boss Superstar of Indian Cimena Rajnikath was named NDTV Entertainer of the Year.

The coveted NDTV Indian of the Year awards were announced at a glittering function held at Taj Palace, New Delhi. The function was attended by dignitaries, celebrities and other prominent personalities.

Next post: Kamal Hassan’s “Marma Yogi” to be produced by Walt Disney