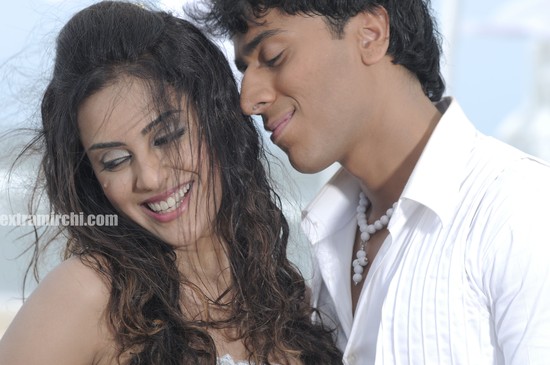 Every person is born with a debt and he dies with a debt too. In between birth and death, a person strives to repay every debt and every favor bestowed upon him by others. KUNAL SAHAY also did the same but he didn’t know that his efforts of repaying a debt would bring such a storm in his life. One rainy night, RAGHU, a total stranger, saves Kunal’s life and disappears without any trace, just like a savior sent by God. It leaves a feeling of guilt and indebtedness in Kunal’s heart towards him. But after 3 months, when Raghu knocks on Kunal’s door in the middle of a night with a bullet in his shoulder, Kunal realizes that Raghu might have been a savior for him but is actually an assassin. Now as Raghu expects Kunal to “payback” the favor, Kunal is faced with a moral dilemma. Kunal initially listens to his conscience and helps Raghu but when things go dangerously awry and his ex-fiancée, ISHITA is also dragged into it, Kunal is forced to make a decision – how far will he go to repay Raghu’s debt? Will he break the law to save Raghu? Will he kill someone to save Raghu? Will he put his own life in danger for Raghu? And most importantly….if he could save life of only one person, whom would he choose – Raghu or Ishita?
PAYBACK is a fast-paced, action thriller unfolding in one night with multiple layers of moral ambiguity, humanity, love, loyalty, betrayal, indebtedness and above all… making choices.