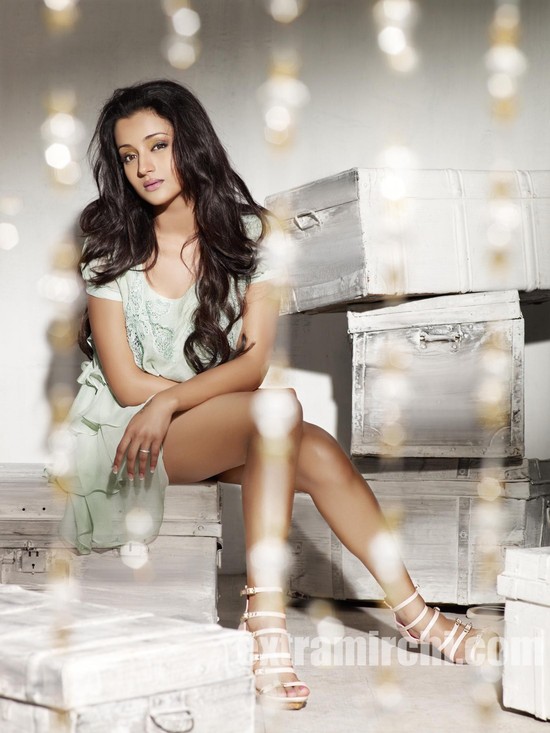 One of the most sought after stars down south is soon to make her big Bollywood debut along side Bollywood Box Office king Akshay Kumar in the comic riot Priyadarshan’s Khatta Meetha.

Trisha Krishna who already has 35 odd films to her credit is at the top of her game down south and after
patiently waiting for the right Bollywood break settled on Priyadarshan ’s Khatta Meetha –the story of a common man caught in an uncommon situation.

I made my debut in the south with Priyadarshan and now will be making my Bollywood debut with him as well. We were in talks for quite a while now and he thought Khatta Meetha would be the most apt movie for me to make my Bollywood debut.

Trisha who with her impressive kitty of work is bound to give the other actresses in B-Town a run for their money essays the role of an innocent, timid girl in Khatta Meetha much unlike what she is in real life.

Apart from working with one of the best comic directors in the industry Trisha also stars opposite Akshay Kumar in her debut. Says a gushing Trisha “Akshay Kumar is my producer and my hero.”

The industry is already abuzz with news of this gorgeous lass who is a powerhouse of talent proof of which are the awards she’s managed to bag down south.

Says an acclaimed trade analyst “Trisha is one of those stars who manages to mould herself as per her roles. She is never the kind to get boggled down with a certain image. That will take her a long way in Bollywood”

Next post: Tere Bin Laden – Walkwater Gets An Anonymous Threat