Karan Johar on “My Name is Khan”

Karan Johar tells Jyothi Venkatesh that he thinks his mother has stopped asking him to get her a bahu because she does not wish to share her jewelry with any one else. 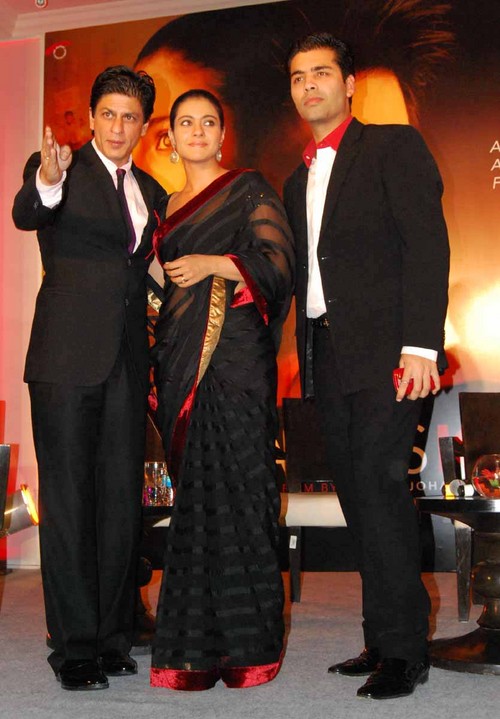 Why did you chose to make a serious issue based film like My Name Is Khan?

I am often asked as to why I chose to go down the serious path and set out to make a serious film like My Name Is Khan. Earlier I had made internal films about relationship and about people I knew. As one grows older one know more about the world and a stage comes when one’s concern for the world outweighs that for your own self and your people around you.

Is My Name is Khan a love story?

My Name Is Khan is a love story. In my other films I had incorporated unreal elements but in this film one will get to see real elements because this is the most real film of my career till date. I’d say that it is a different film because I had to externalize and also set out to analyse. It has been a journey of growing up for me as a filmmaker. I feel that I was judged far too early and dubbed a bubble gum filmmaker though I have made just one bubble gum film- Kuch Kuch Hota Hai.

In what way is My Name Is Khan different from your earlier films till date?

The best thing about My Name Is Khan is that one would feel that it is not the same Karan Johar who had made films like Kuch Kuch Hota Hai and Kabhi Khushi Kabhie Gham, who has also set out to make My Name Is Khan. I am of the opinion that to break your form is far more challenging than to play in your own safety zone as a filmmaker by adhering to the norms of the rule and formula and making a film for which you are remembered.

Isn’t terrorism the backdrop of My Name Is Khan?

Not at all. 9/11 is just a three minute part in the journey of Rizwan Khan played by Shahrukh Khan in My Name Is Khan. The film is larger than 9/11 even though the repercussions of 9/11 is still there in the world. My Name Is Khan addresses that in an emotional manner though it is not a film on terrorism. It is more about a layman and humanity and not about a super hero because Rizwan hails from Kandivali west, a distant suburb in Mumbai and not Malabar Hill which is a posh area in Mumbai.

In what way is the title My Name Is Khan relevant to your film?

No other title could have been as relevant as My Name Is Khan, because it has certain vulnerability. It would have sounded very pompous and unreal if I had titled it as ‘King Khan’.

How tough was it for you to direct Shahrukh Khan in a serious film like this?

I would say- though it was quite tough for me to direct Shahrukh Khan, who I had directed earlier in films like Kuch Hota Hai, Kabhi Khushi Kabhie Gham etc, I’d say that it was far more tough for Shahrukh to remain in the character of Rizwan Khan and express love without even looking at Kajol. I’d not hesitate to confess that it is by far the toughest film that I have shot till date.

Is Kajol playing a character with negative shades?

Kajol is playing the character of Mandira who is Rizwan Khan’s wife. Mandira is quite human in nature and reacts to the circumstances around her in her own way and is in no way negative. I do not think I could have cast any other actress in place of Kajol because she suits the role to the T.

What do you think of the star pair of SRK and Kajol?

I think that Kajol and Shahrukh is a God sent couple for me. They are on backslapping terms when the camera is off but when they are facing the camera, they make the transition to the characters that they play because there is some synergy about them and a certain comfort level which no other couple has in the industry today, because though today there are various permutations of actors and actresses, unlike earlier when there were only star pairs like Rishi Kapoor and Neetu and Dharmendra and Hema Malini.

When are you getting a daughter in law for your doting mother Heeruji?

My mother has now stopped asking me to get a bahu for her because I suspect that she is no longer interested in sharing her jewelry with another woman.