Audiences will be in for a nostalgic treat this summer with Eros International and Sajid Nadiadwala’s Housefull where the magic of hit film Laawaris is soon to be recreated on the big screen once again and this time with none other than the gorgeous Jacqueline Fernandez. 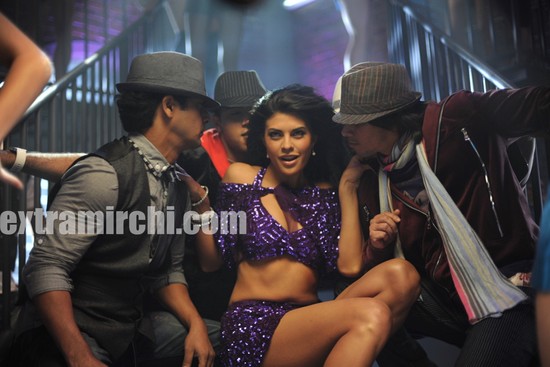 Though there was a lot of speculation over whom the coveted song in the film would go to, the stunner Jacqueline Fernandez seemed to fit the bill perfectly with her hot bod, gorgeous face, and effervescent smile.

Jacqueline will be seen in an out and out glamorous avatar in the song which also stars Akshay Kumar and Riteish Deshmukh. And those who have seen glimpses of the song can’t stop raving about it.

Jacqueline’s moves are sure to set pulses racing in the remixed song composed by musical duo Shankar Ehsaan Loy and choreographed by ace Farah Khan .