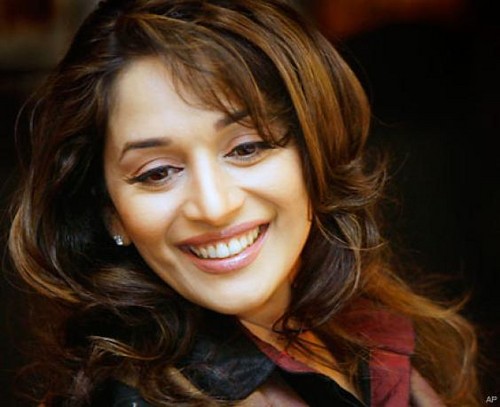 There has been a buzz that Madhuri Dixit will soon sign Krishna Shah film, which is based on the late Prime Minister of India Mrs. Indira Gandhi. According to reports, Madhuri has still not made up her mind and is weighing all the pros and cons associated with the project. Apparently the actress admitted that she has read the script and is impressed with it. She has always considered Indira Gandhi as her idol and would love to portray her in the film. But the actress has not yet signed on the dotted line.

It is believed that Shah is keen on casting Madhuri, so much so, that he took a digitally touched image of the actress as Indira Gandhi with him, when he went to meet her all the way to Denver, USA. Apparently, the movie will be called ‘Mother- The Indira Gandhi Story’.

Some industry sources also suggest that the flick, as and when it happens, can result in a major Hollywood-Bollywood alliance with reports of Shah approaching Hollywood biggies such as Tom Hanks and Tommy Lee Jones for the roles of US Presidents Lyndon Johnson and Richard Nixon. Dharmendra and Abhay Deol are expected to play roles of Motilal Nehru and Rajiv Gandhi, at least for now.

Nana Patekar too may be roped in to play the late Jayaprakash Narayan. Pre-production work on the film has already begun, and the film is to be shot in the US, the UK and Russia. The first part of the biopic will deal with the early life of Indira Gandhi and will go right up to the 1971 war with Pakistan. The second half will span the rest of her life from the ‘75-77 Emergency to her assassination in the year ‘84. Like his earlier movie, ‘Shalimar’, this too promises to be a very ambitious venture and it remains to be seen how the film shapes up.